Seven years on, it’s time to refresh the North East Case for Culture

What a great day that was in July 2015 at Durham Castle when the wraps came off the Case for Culture, a 15-year vision for arts and heritage in the North East.

Twenty years previously The Case for Capital had brought a £200m boost to the region’s cultural infrastructure. Time, now, to build on that, growing the sector while spreading the benefits.

Seven years on, here we were again (well, many of us) to hear of steps to “refresh” the manifesto in the face of major challenges.

It was nice to see everyone, gathered this time at Sage Gateshead, one of the fruits of the Case for Capital campaign.

The mood music, however, was rather different.

Only that morning, it had been reported that the North East topped a grim league table, having overtaken London for the most children living in poverty.

Soaring inflation was in the news while the number of Covid-19 cases belied the phrase ‘post-pandemic’.

Matthew Rooke would say on stage that if we allotted a minute’s silence to each of the region’s 8,000-plus who had died, we would be silent for more than six days and nights.

Not much to ask, perhaps, considering their families’ loss.

Enigmatically, arts minister Lord Parkinson blamed “another quiet week in Westminster” for his appearance on screen rather than, as scheduled, in the flesh.

It had been a tough two years for the arts and heritage sector, she said, although its importance had come to the fore.

The NECP had played its part, ensuring this was the first region to push a Covid recovery plan for the sector.

“The world seems a very different place to when we launched the Case for Culture in 2015,” she reflected.

“So many things have changed – Brexit, the cost of living, the war in Ukraine, growing awareness of the climate emergency and, in the last few days, seismic shifts in Westminster.

“It feels like now is a really important time to be looking at the future and deciding what’s important for the cultural sector.”

Abigail Pogson, managing director of Sage Gateshead, welcomed us to a building we must soon call by another name and forecast “really big crosswinds” coming our way.

“But our communities need us more than ever, and for me, that’s the biggest motivator,” she said.

Lord Parkinson – or the ‘Lord of Whitley Bay’ as Artists’ Union advocate Theresa Easton would call him – briskly reflected on his Tyneside upbringing and the wealth of the region’s cultural offer.

He praised the “resilience and ingenuity” shown by cultural institutions which reached out to communities during the pandemic.

And he acknowledged: “The Government recognises that some parts of the country haven’t benefited as much in the past as they should have done from the investment and opportunities available.”

That was why the extra money secured for the Arts Council at the last spending review (£43.5 million) would be invested outside London, especially in 109 Levelling Up for Culture places, 10 of which were in the North East.

(Northumberland, County Durham and the Tees Valley authorities are on the list along with Sunderland and both North and South Tyneside; Gateshead and Newcastle are not) 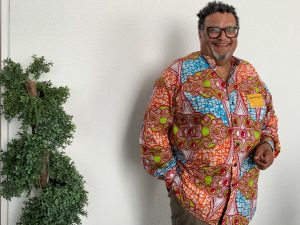 Consultant Matthew Rooke, who ran The Maltings in Berwick for eight years, then reported on his ongoing NECP-commissioned work to identify people’s current priorities.

More than 150 had responded to an online survey, and there had been discussion groups and one-to-one sessions.

Since those original aspirations, things had “evolved”. Other important issues had come up, and, while often connected, they had been grouped under seven headings…

Equity, diversity and inclusion had been many people’s priority for a refreshed manifesto.

“Why is it that some people are already in, and others have to be included?”

Lots of comments had come in about how organisations needed to be more like the people they served.

For some, two coffees in a venue café equalled their daily food budget.

At the board level, he observed, some potential joiners were excluded from the outset, perhaps by zero hours contracts.

“There are initiatives being worked on, but people were saying this is the time to turn aspirations into reality.”

There were immense opportunities in terms of new funding coming on stream, such as the UK Shared Prosperity Fund, which was effectively the replacement for EU funding.

“There will be the chance for communities to bid for that, but we need people and organisations to have the capacity to engage with the funding system and win those funds.”

Bids must be backed by strong evidence and hard facts.

“The greatest challenge facing society, according to COP26 president Alok Sharma, and it’s fundamentally changing the way we work.”

But in a region with low car ownership and “patchy” public transport, discussion about practical realities was needed.

As with transport, so with buildings.

“A shiny new building is also an ongoing revenue commitment, as everyone who’s managing a building and looking at heating costs will know.”

There was a role for the arts and heritage sector, though, in telling stories to help people engage with climate change.

While it hadn’t been great for many employees during the past two years, attention had focused on the freelance sector.

“There are people who have had terrible issues with finance and confidence.

“We seem to have evolved a model in which some people are worth pensions and holidays, and others are like fish in the sea. Cast your net, and you’ll catch them.

“Our response is to strive to make the North East the best place to be a freelancer.

“Since this is the worst place for child poverty, the approach must be to weave those things together. We can’t look at one without addressing the other.”

“We really need to grow our talent and develop our ability to get people into this business and support them.

“What if there was a skills academy that equipped people to join the workforce?

“The original Case for Culture talked about retaining and attracting talent but was less specific about how you nurture and train people.”

“I think one big difference between now and when the Case for Culture was launched is the range of local and sub-regional partnerships where people have taken responsibility and are looking at issues on a practical level.

“That’s something that needs to be strengthened.”

Could bodies such as the chambers of commerce and craft unions help in delivering this?

EU-supported relationships, at least regarding funding, had gone, but the survey suggested international links were still valued.

“The freedom that was offered to an 18-year-old who went with his mates to play gigs in Germany or Belgium… well, that’s difficult now.

“We need to acknowledge the negative outcomes from Brexit and use our contacts with people like Lord Parkinson to say there are real problems.”

Established links, such as local authority twinning arrangements, could be explored and possibly nurtured.

With at least 20% of the school-age populations of Newcastle and Middlesbrough from an ethnic minority background, that was “part of the shape and future of the North East.” 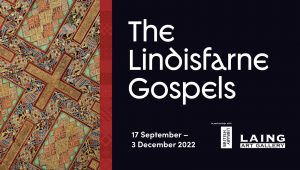 Highlighting the wealth of cultural activity were presentations on the Hadrian’s Wall 1900 celebrations and the forthcoming Tall Ships Races in Hartlepool (2023), the 200th anniversary of the Stockton & Darlington Railway (2025) and the Lindisfarne Gospels exhibition at the Laing Art Gallery with associated events at some 50 locations.

Alison Clark, from Durham County Council, reflecting on the shortlisted UK City of Culture bid, said the judges praised it as “a powerful roadmap for the way culture could build lasting change”.

The DCMS had been impressed with the concept of Place Labs, centres for creative activity and swapping ideas.

“A winning bid would have seen those happen in 13 places across the county, and we still think we can do that,” said Alison.

Panel discussions, with a range of views represented, explored some of Matthew Rooke’s seven themes after the break and a Songs of Sanctuary performance by Raghad Haddad and Sam Slatcher.

Anand Bhatt, of Dance City chaired a lively discussion about equity, diversity and inclusion that could have stretched into the evening.

Jill Cole of Northern Heartlands, took the chair for a further look at freelancing, one of the forum’s hot topics.

Someone complained of a “massive lack of transparency” in the hiring and employment of freelancers.

There was also a presentation by SAIL (Sustainable Arts In Leeds), a membership organisation aimed at cutting carbon emissions and waste.

Leeds got the idea from Manchester, and the seeds of a Newcastle equivalent were sown at the Sage – a positive outcome of the day’s proceedings.

Remarks that stand out: “As citizens of the planet, we’re all in the business of creating a greener future”; “The need for collaboration when it comes to the climate emergency is key”; “Knowledge is power but we need to let positive stories be told.”

Lots of food for thought, lots of urgent priorities, plenty to underline the importance of NECP’s work going forward and vindication, I’d say, of its achievements so far.

07:02 AM Jul 27thDid you attend the #NEForum22 earlier this month? Don't miss the chance to give your feedback on our Annual Forum a… https://t.co/wflGlcfjLT
12:25 PM Jul 26thSeven years on, it’s time to refresh the North East Case for Culture. Journalist @DavidJWhetstone reports on this y… https://t.co/FpY2ew9IMz
12:25 PM Jul 21stLast week at #NEForum22 we heard about exciting cultural events coming to the region. Join our newsletter to keep u… https://t.co/DFnQjeEOD4
We use cookies on our website to give you the most relevant experience by remembering your preferences and repeat visits. By clicking “Accept All”, you consent to the use of ALL the cookies. However, you may visit "Cookie Settings" to provide a controlled consent.
Cookie SettingsAccept All
Manage consent