Dr Heather Robson, head of the School of Design at Northumbria University, tells David Whetstone what’s being done to help students bridge the gap between sixth form and a creative degree. One name above others springs to my mind –...

Dr Heather Robson, head of the School of Design at Northumbria University, tells David Whetstone what’s being done to help students bridge the gap between sixth form and a creative degree.

One name above others springs to my mind – and I can’t be the only one – when thinking of Northumbria University and its achievements in the field of design. “Ah, ‘Jony’ Ive,” says Dr Heather Robson perceptively. 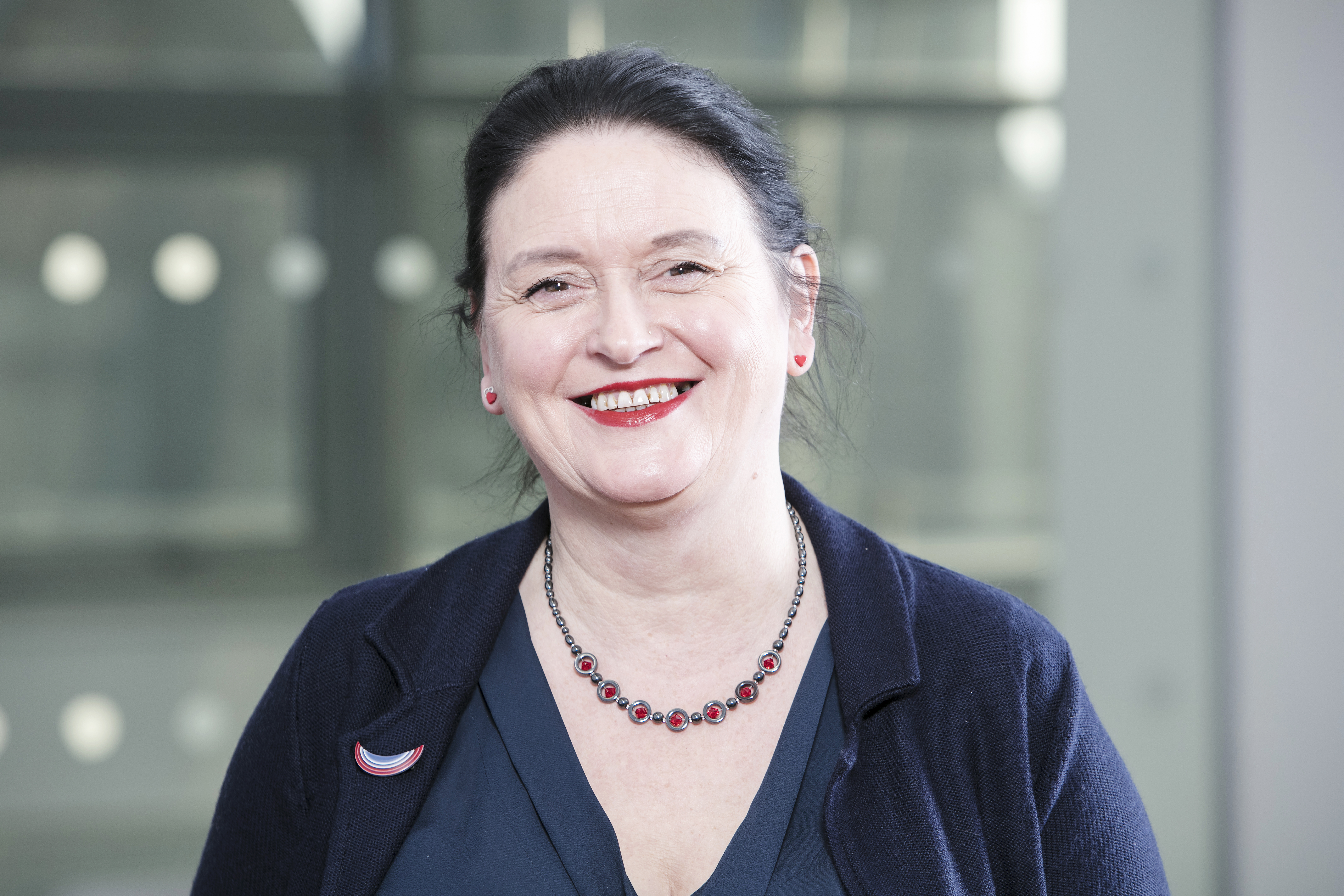 The university was Newcastle Polytechnic when the former chief design officer at Apple studied here, producing work of such brilliance that it was exhibited at the Design Museum in London.

Sir Jonathan Ive, who recently left the tech giant to set up his own firm, graduated with a first in industrial design in 1989.

His name must have encouraged many others to follow in his North East-bound footsteps but these days they head for the School of Design, one of the two buildings enfolding City Campus East like cupped hands.

(Point of North East trivia: on this spot, in the year Jonathan Ive left to embark on his glittering career, pop star Kylie Minogue opened Newcastle’s first multiplex cinema – to be demolished 15 years later to make way for the new campus which opened in 2007.)

Heather Robson, another Northumbria graduate, came here as a mature student and has risen to be head of the School of Design with an office on the second floor.

Unlike Ive, a Londoner, she’s a local, from Gateshead. She attended Heathfield Senior High which also produced ‘Gazza’ Gascoigne, the footballer, and conductor John Wilson before closing in 1996.

Heather doesn’t recall much art on the curriculum but says: “I always had a real interest in anything creative and I was inspired by what I was exposed to locally, particularly the Shipley (Art Gallery) and the library.

“As a child I’d be in the Shipley every Saturday. It was swimming baths, Saltwell Park, gallery.”

She also had an artistic grandfather who undertook portrait painting commissions from Gateshead’s Jewish community.

Heather praises Gateshead Council for an enlightened approach to the arts which has seen the venerable Shipley joined by BALTIC Centre for Contemporary Art, Sage Gateshead and The Angel of the North.

The ground was prepared by a community arts team which encouraged writing and music and developed a portfolio of public art.

“I was a Gateshead girl and if Gateshead hadn’t been doing what they were doing in the 1980s I wouldn’t be here,” asserts Heather.

Arguably she is also proof of the value of a university education although she didn’t embrace it straight after school, instead going straight out to work.

“It has been an unusual career in that sense, but I see that as a positive. My early work was hugely helpful because it always meant engaging with people and people are really important to me.”

Heather had a son and a daughter and then gave up her job and enrolled at Northumbria on a course called art history and library information studies. She then took up a PhD scholarship and joined the staff team, since when she has had several roles.

Her doctoral research looked at how online access to visual art might benefit people in their everyday lives. She concluded that the ability to engage with creativity, however briefly, can be enriching.

“I’ve gone from being a PhD student to a lecturer in the creative area, arts and design, to today,” she says.

“I’m lucky to be working with such passionate and creative people.” 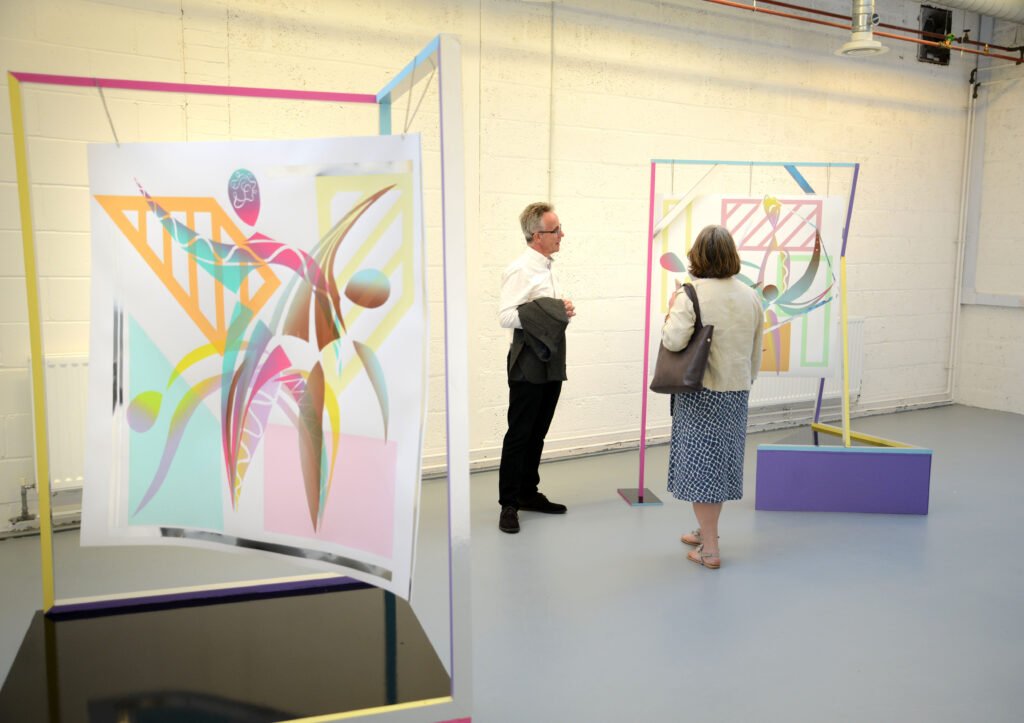 Today finds Heather on the eve of another academic year which inevitably will bring its own challenges and rewards.

Among innovations for 2019-20 is a year-long foundation course in design which is partly a response to what has been going on – or not going on – in schools. It follows the launch of a similar course in art.

Concern has been expressed by teachers and others about the squeeze on creative subjects since the 2010 introduction of the English Baccalaureate (EBacc), stipulating what pupils should be taught until age 16.

Since the compulsory EBacc subjects – including maths and science but excluding art and music – are those on which schools are assessed according to their pupils’ performance, many headteachers have focused limited resources on them.

According to Heather, the effects of this are now working their way through to undergraduate level.

“There’s no pipeline (from primary school to creative degree) any more. We’re seeing students who haven’t been able to engage in any creative subject.

“We started to see this happening a couple of years ago, students with a lack of experience of creativity unless it’s extracurricular, something they’ve done themselves.

“Eighteen months ago there was an event at BALTIC for university staff, schoolteachers, governors and artists looking at what we could do about this, because we knew it was getting worse.

“The idea was that instead of thinking of this journey from primary school to PhD, we should all be at the beginning together. It was a bit like a game of consequences: what are the ideal situations to make sure we can work together and make changes in schools?”

Heather remembers one primary school teacher saying just 2p per pupil was available at her school for any sort of creative activity. “That made us all think quite hard.”

The foundation courses were developed partly to address the issue. 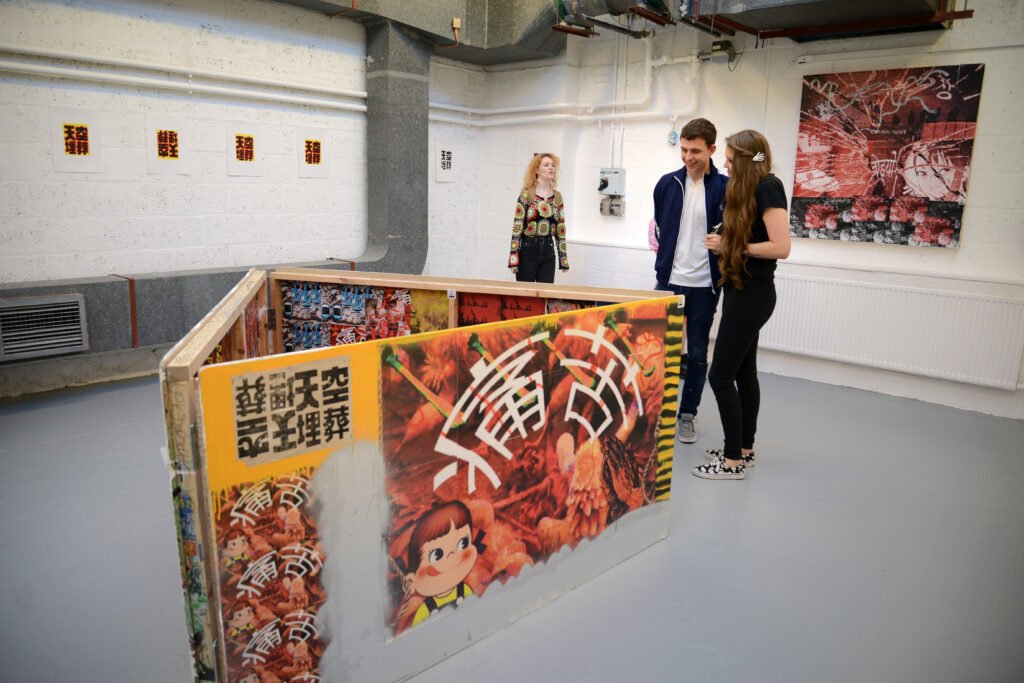 “We have students who want to study on the creative programme but don’t have those creative subjects or experience. This is for them. They can do a year in art, animation, drama or design, develop those skills and move onto the undergraduate programme.”

The design foundation course is starting with 79 students of different ages and from different walks of life.

“Previously we had plenty of students coming to us who had either done a foundation course or studied the subject at A level.

“It’s a way of helping those who are interested in working in that area but may not have the subject knowledge. It’s a direct response to the lack of opportunity to do these subjects at school”.

But she says it’s also a response to a changing demographic. The Office for Students, the independent regulator for higher education in England, has predicted a 5% drop in 18-year-olds (some 41,000) over the next four years.

“We knew there were students who really wanted to come to Northumbria but maybe didn’t get the grades or have the experience, so we wanted to be able to offer them that choice.”

Heather says this is not because competition for students has forced a lowering of the bar. Demand for places to study art and design at Northumbria remains high, she insists, and not only from within the region.

“The interesting thing for me is that the creative sector is still undergoing massive growth in economic terms. There seems to be a mis-match between what education is providing and the sector itself.

“If there’s no pipeline then further and higher education have to think about their responsibility to help.

“The big players, digital, fashion and music, still need creative graduates while design embraces every part of society. There’s an element of design in everything we do.

“One reason I was so excited to be appointed head of design is it’s an area where you can make a real difference.

“Everything we teach and deliver is through live projects with partners, so they’re about real challenges and real problems.”

As for fine art, says Heather: “It’s about the fabric of society. Take it away and society becomes poorer. You see that every day, in our galleries, theatres, films, arenas.

“If we didn’t have these subjects, how would we do things like that? Creativity has to be part of education.”

Northumbria, like the other North East universities, has fruitful partnerships with creative organisations. Its BxNU Institute, an artistic research centre run in partnership with BALTIC, is based at BALTIC39 along with its postgraduate fine art students.

These initiatives, says Heather, have helped with graduate retention, encouraging some talented students to settle in the region. 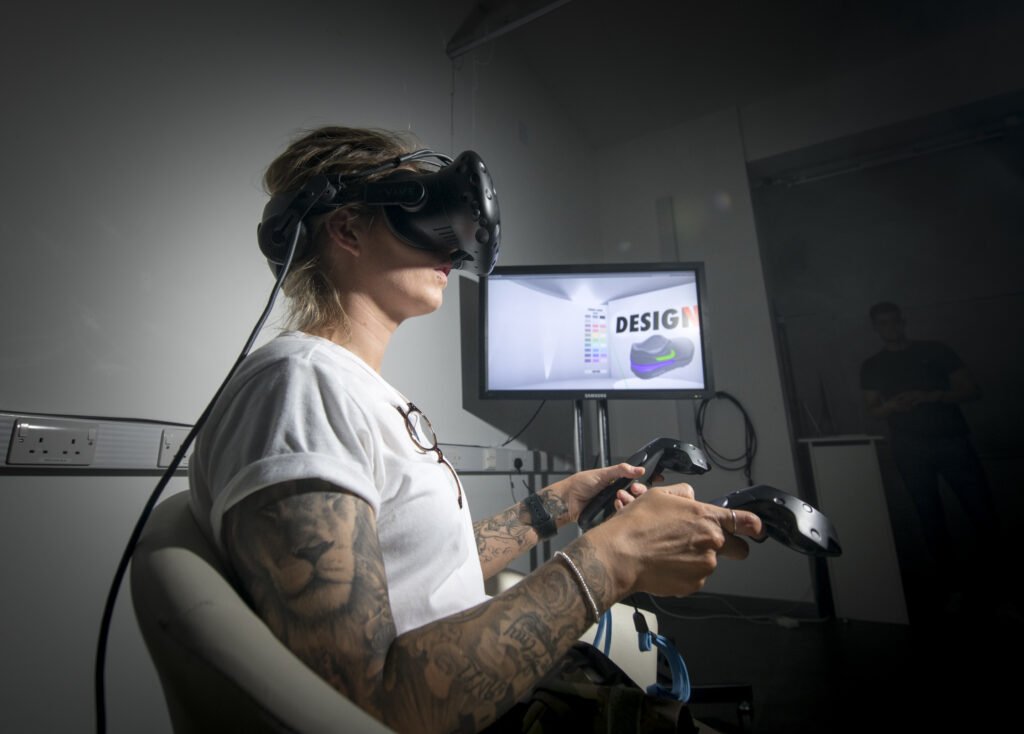 Meanwhile there are close ties between Heather and opposite numbers she meets through the North East Culture Partnership.

“In the culture group we have worked well together. When funding was made available by the Arts & Humanities Research Council we were ready to respond and establish Creative Fuse (academics working with business leaders and others to look at ways of ensuring a sustainable future in the region for creative and digital firms).

“That was a fantastic demonstration of the strength of institutions working in a really collaborative way for the region and the creative sector.”

And with that Heather must dash. She’s due to address delegates at the Design History Society conference, hosted by Northumbria University and with speakers from around the world.

On November 5 and 6 Northumbria University will host the Engage conference, examining among other things the benefits and challenges of young people’s access to the arts. Engage is the lead advocacy and training network for gallery education.