The region’s foremost art critic and writer DAVID WHETSTONE reports on the 2nd Annual Forum  Jokes about austerity and its supposed imminent demise had worn a bit thin by the end of the day, at least as far as David... 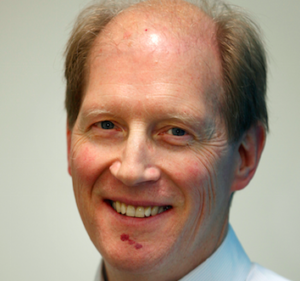 Jokes about austerity and its supposed imminent demise had worn a bit thin by the end of the day, at least as far as David Budd, Mayor of Middlesbrough was concerned.

Wrapping up the second annual forum of the North East Cultural Partnership (NECP), which he co-chairs, he said he had heard plenty of them and wasn’t going to crack another. Austerity, his demeanour indicated, had been no laughing matter.

Choosing instead to strike a positive note, he told delegates at ARC, Stockton, who included bosses of the region’s cultural institutions, artists, educators and others with an interest in the creative sector: “We should celebrate what we do.

“This is unique. We’re the only region with a cultural partnership that allows us to discuss, argue, disagree and actually work together to make things better.”

Given what has been lost across the UK over the past decade, it might have been predicted that a region with areas of serious deprivation might have struggled to sustain a commitment to culture, however broadly defined.

But all the region’s local authorities – along with universities, colleges and businesses – are signed up to the NECP and its aspirational 15-year Case for Culture (C4C), launched with panache at Durham Castle and then the House of Commons three years ago.

Opening proceedings at ARC, Linda Tuttiett, head of culture and tourism at Tees Valley Combined Authority, listed the numerous cultural assets within her remit and said: “We’d like to make it more.

“We really want to strengthen the cultural life of all the people in the Tees Valley.”

The combined authority was set on landing the UK City of Culture accolade in 2025, she said, coinciding with celebrations marking the 200thanniversary of the Stockton and Darlington Railway.

Meanwhile, the National Museum of the Royal Navy was keen to make its Hartlepool attraction, featuring HMS Trincomalee, its second most important site in the UK after Portsmouth.

Linda said after 18 months “looking at culture in the broadest sense” and “listening to what people are telling us is important to them”, plans were afoot to “strengthen our cultural ecosystem”.

Ros Rigby, chair of C4C, offered a reminder of its five themes, each the responsibility of a sub-group: participation; children and young people; talent and progression; economic impact; and distinctiveness.

Delegates were issued with a list of 43 things the NECP had delivered (a festivals strategy, an arts and heritage survey, support for Sunderland in its City of Culture 2021 bid…) and stats about the region’s arts and heritage economy.

Even if it’s smaller than those of more populous regions, it appears to have been growing faster than most.

The number of people employed in culture, media and sport in the North East in 2016 was 108,000, a 30% increase on the previous year and not including those engaged in tourism.

Significant growth in the value of the creative industries over the years 2010-16 was highlighted – 47% of GVA (gross value added) being the third highest increase in the UK.

But nothing’s perfect and there’s plenty of room for improvement. In her keynote presentation, Vici Wreford-Sinnott, writer, theatre director and champion of disabled people in the arts, made the point eloquently.

She offered the startling revelation that 25% of people in the North East are disabled. Can I have been the only one surprised by that?

The word ‘disability’, she said, always changed the conversation where the arts were concerned. “Some people might question the quality of the work or think it’s amateur.”

She shared a list of disabled artists whose work in various genres was anything but second-rate – Lisette Auton, Bekih Bowsher, gobscure, Pauline Heath, Kevin Howard, Aidan Moesby, Simon McKeown, Black Robin. All could do with a higher profile.

Co-founder with ARC of Cultural Shift, a platform for disabled artists, Vici said improvements had been made since the mid-1990s but: “Access is the legal minimum requirement and we have to do more.”

Delegates dispersed to various artist-led conversations or ‘provocations’. I opted for artist and academic Stephen Pritchard’s look at the concept of home and the possibility of a “people-powered cultural democracy”.

Stephen, from Jarrow, remembered the excitement of carnival parades and juvenile jazz bands in the 1970s and 1980s. Whatever became of them?

After lunch delegates reconvened for a series of lightning policy presentations from Bill Vince of Arts Council England, Kathy McArdle of the British Council, Prof Simon Jones of the Durham Commission on Creativity & Education, Maggie Appleton of the Museums Association and Joanna Finlay of the Cultural Cities Enquiry.

None appeared bowed by the pressure of funding cuts.

Maggie Appleton, who as well as being president of the Museums Association runs the Royal Air Force Museum, recalled the words of a woman who took her husband to a museum activity: “I took along a sad old man with dementia and brought back my husband.”

Bill Vince, rattling through the points under investigation in the Arts Council’s Case for Change, alluded to the “retreat from innovation and risk-taking” – a natural concern when money is tight.

All could then choose which speaker to follow into a lengthier session. I went with Joanna Finlay, seconded from Virgin Money to work on the Cultural Cities Enquiry which is looking at the future resourcing of culture in UK cities, the stream of public funding having become an unreliable trickle.

Set up by Core Cities, representing 10 cities (including Newcastle) outside London, and Arts Council England, and backed by Key Cities (another grouping including Sunderland and Tees Valley), it is chaired by Jayne-Anne Gadhia, chief executive of Virgin Money UK.

Joanna, radiating love for the North East, said she had been prompted by Iain Watson, chief executive of Tyne & Wear Archives & Museums, to look at the efficiency (or otherwise) of the Gift Aid scheme as a source of funding for organisations both big and small.

Apologising for deploying the lingo of banking, she spoke of the need to highlight the investment potential of cultural initiatives to potential backers – and then, sensing hackles rising, stressed that that didn’t necessarily have to be a straight financial return.

David Budd was in this session too. “Don’t you think that’s what we’ve been doing all this time?” retorted the wise campaigner in response to one of Joanna’s bright suggestions.

At times the championing of culture must seem like being on a carousel – if not trying to run up a down escalator – but passion for the task in hand was much in evidence at the forum.

And as David said in his concluding remarks, at least people in the North East are talking.

Irrespective of the challenges faced by many of its citizens, quality of life has always been a regional selling point and culture has a part to play in that. It was good to see that so many dedicated people in the North East think it worth fighting for.