The search is on for a new co-chair of the North East Culture Partnership at a time when challenges for the region abound. John Mowbray, who will soon step down after being at the helm since the beginning, tells David Whetstone about the job.

Since helping to launch the North East Culture Partnership (NECP) and navigate it into uncharted waters back in 2013, John Mowbray has proved a more than worthy skipper. 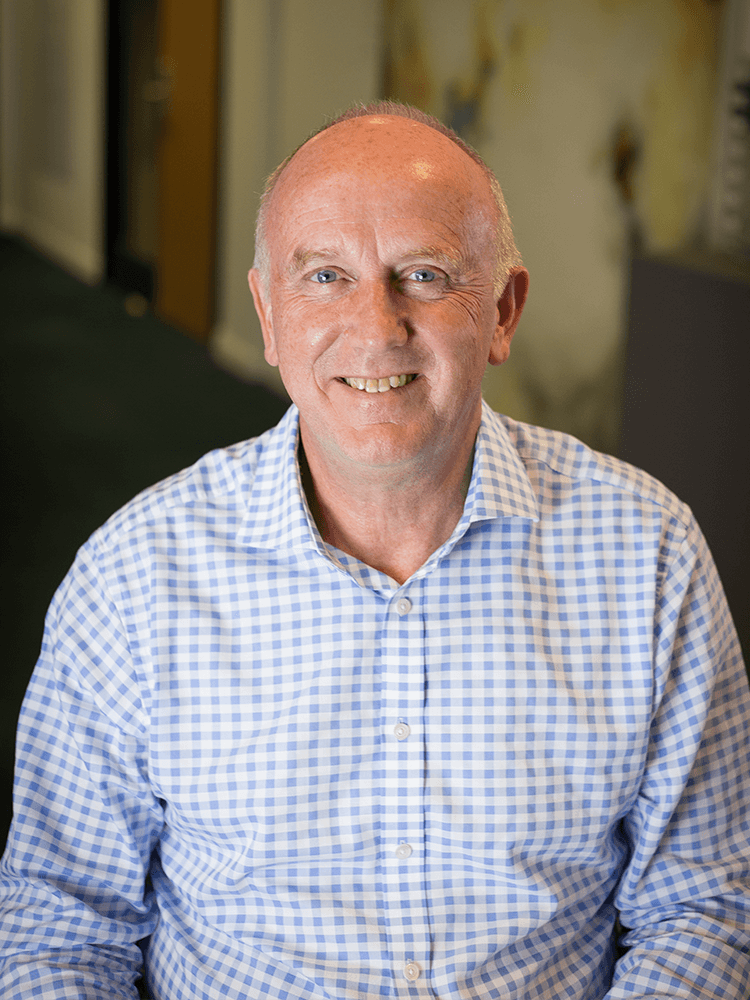 The fact he has shared skippering duties – with co-chairs David Budd and latterly Simon Henig, leader of Durham County Council – looks like a double plus, suggesting the man on the bridge can also be a member of the crew.

But now to berth the nautical metaphor, for it is with feet on dry land – in a café at the University of Sunderland, which he also chairs – that John reflects on his NECP years.

Early next year he will hand over the wheel (oops!) to another. The recruitment process is under way and, as you’ll see from the job spec, John will be a hard man to follow.

Over coffee he recalls how the incoming Coalition Government changed the landscape, providing the impetus for something new.

“The Government Office disappeared and One North East (the regional development agency) disappeared.

“ANEC (the Association of North East Councils) was still there and believed that, culturally, there was a lot of work that could be done.

“The local authorities still wanted to keep things together and the cultural organisations, because they’d had a lot of support from those regional bodies, didn’t want to lose that.”

Arts Council England, it might be added, had also melded its old North East region into a wider North taking in Yorkshire and the North West.

Sandwiched between a bullish Yorkshire – where Leeds is the new national HQ of Channel 4 – and an SNP-run Scotland where independence talk is still firmly on the agenda, you can’t help thinking the North East, traditionally defined by the area from Berwick to Teesside, needs fragmentation like a hole in the head, plus all the friends, champions and supportive voices it can get.

Well known across the region and well liked, John had retired as director of corporate affairs at Northumbrian Water in 2012 but was still president of the North East Chamber of Commerce, a body which still adhered to the old regional footprint.

He remembers being sounded out by Steve Stewart and Roger Kelly, chief execs of Northumberland and Gateshead respectively and both culturally aware (and both, sadly, no longer with us).

They wanted a local authority chair, he says, and Dave Budd, energetic leader of Middlesbrough Council, embraced the role. But they wanted one other. John agreed to take it on – but on one condition.

“I said to Steve, ‘I’m not taking on big thick reports that don’t do anything. Everything is going to be light.’ The Case for Culture (we’ll come to that) is a light document but it has targets, such as the increased participation of young people.

“Even if something is difficult to measure, we have to be able to say how we made a difference.”

John says it was quickly agreed he’d take on the more public facing NECP role while Dave would do “the behind-the-scenes stuff with the local authorities”.

Dave, before he stood down last year, evidently played his part well.

“All of them agreed to put in some funding and we also got some grants from the Arts Council. Historic England helped as well, and the Chamber of Commerce provided office space.”

The region’s five universities supported the NECP idea, as did North East businesses.

Many of them, long accustomed to working closely together, had been key to major regeneration projects. If the North East was now widely acknowledged as an arts, entertainment and heritage hotspot, they had played a large part.

The NECP was launched at Durham Castle with rousing speeches and memorable performances. Its mission now is to support the delivery of the Case for Culture, which was launched with a similar fanfare.

Inspired by the Case for Capital, which secured millions back in the 1990s to develop new arts buildings such as Sage Gateshead and BALTIC, it has five aspirations under the headings: Participation; Children and Young People; Talent and Progression; Economic Value; and Quality of Life. 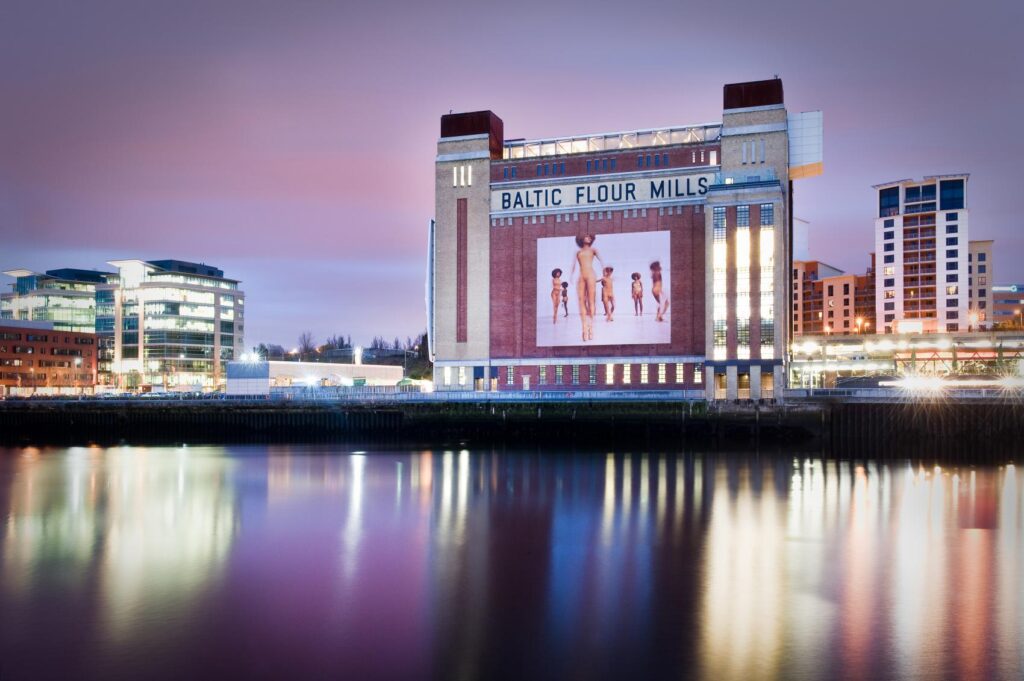 There are three NECP meetings a year. “We spread them across the region and a lot gets done at them,” says John.

“But we try to ensure a lot of work gets done outside the meetings, so we set up various sub-groups looking at things like participation and reach and suchlike.”

John has seen many signs of progress. He cites the multi-million-pound investment in his home city of Sunderland, notably in its ‘cultural quarter’ with new facilities such as the Fire Station and Auditorium.

The work of The Cultural Spring, resulting from an Arts Council England initiative, has greatly increased participation in arts projects in Sunderland and South Tyneside, he says.

And he can furnish anecdotes to illustrate how supposedly dyed-in-the-wool attitudes can be challenged.

Going back a bit, he recalls the reaction of a North East council leader at the opening of BALTIC Centre for Contemporary Art (years before the NECP was a twinkle in anyone’s eye but relevant nonetheless).

“He said, ‘This is great, John. Fantastic. I mean, it’s all a load of crap to me, but I can see that what’s crap to me is gold to somebody else’. The thing was, he got it.”

Then there was the person who said, when John mentioned a planned concert by the Royal Northern Sinfonia at a school in Red House, Sunderland: “People on estates aren’t bothered about stuff like that.”

“I said, ‘Well, how do you know? What’s to say that for just one person in 10 or 100, it might change their life?’ The Cultural Spring people have often heard that: ‘It’s changed my life, having access to different things’.”

Few people are immune to arts and culture in some form.

John recalls his teenage love of music, inspired by his older brother. He went to gigs at Sunderland’s Locarno Ballroom – the ‘Mecca’ – and saw bands including The Kinks, and (his favourite) Wishbone Ash.

Much later in life he stated to write poetry, inspired initially by a trip to the Lake District.

John says he has come to appreciate the innate power of any art form “to change the way people think, behave, regard themselves. It can have an amazing effect.

“I remember daft things, like in Florida where we went with the kids (John and wife Lynn have a son and daughter, and now five grandchildren).

“My 13-year-old was disinterested until this guy took time to explain. It completely transformed his view of art. He did art at A level and then went on to do interior design.”

John raves about a “stunning” recent gig by violinist Bradley Creswick at the weekly ‘speakeasy’ hosted by musician George Shovlin – who happens to be John’s brother-in-law – at the Harbour View pub in Sunderland, and another by the band Hillfolk Noir.

“Someone saw them at the Americana festival in Gateshead and persuaded them to come here. I saw them in a tent in Southwick. Three unusual characters, one playing a saw, but it was fantastic. People really enjoyed it.

“I was talking to someone about it and he said, ‘I’ve never seen an American before’.”

Tales of the horizon-broadening and transformative qualities of the arts abound throughout the North East. Many of them get shared at the NECP meetings.

But now that John is standing down, what challenges lie in wait for his successor?

In terms of governance, agrees John, the North East is not the same as it was in 2013. ANEC was wound up three years ago and in place of One North East came the less richly endowed local enterprise partnerships.

The newish North of Tyne and Tees Valley combined authorities, each with an elected mayor, hold sway at opposite ends of a region which, from a Westminster perspective, is often packaged as part of the Northern Powerhouse, a vast area stretching down to Hull and across to Liverpool.

“Talking to Darren Henley (chief executive of Arts Council England who has been supportive of North East cultural initiatives) I’m pretty sure the NECP is still pretty unique,” says John.

“The difficulty is, cultural leaders in government change. Ed Vaizey came up and was really engaged but the conversations we’ve had with the Government previously, we’ve struggled to have recently.

“What’s interesting, though, is that despite everything that’s going on, the public sector still thinks culture is important.

“Things might get harder but at present the 12 local authorities, whether part of a bigger grouping or not, are still saying this is something we should support.

“I suppose the challenge will be to keep that support.

“In terms of people… well, I’d argue culture is the glue that holds people together and I’m not sure people up here are that obsessed by boundaries. The North East is still the North East whatever Westminster thinks.”

John reflects on the enormous success of the Tall Ships Races, seen and enjoyed by huge crowds in Sunderland in 2018, and on the many successful festivals across the region, including Stockton International Riverside Festival (the 32nd took place this year) and Durham’s biennial Lumiere (number six, marking a decade, coming soon).

The many benefits of these and others are easy enough to appreciate.

“We’ve done some research, so we know we’re doing things that people want,” says John, “although we probably need to test that again.”

He stresses that there’s “nothing wrong” with saying you don’t like something. “You can’t expect people to say ‘this is amazing, this is fantastic’ all the time. It’s all right to have a critical response.”

As has been proved by all involved in the NECP, there is a huge audience for cultural attractions and activities across the region. If it’s a discerning audience, surely that can only be a good thing.

And with that, John’s off to see the vice-chancellor. Standing down as NECP co-chair, maybe… but still a busy man.