Professor Vee Pollock, Dean of Culture and Creative Arts at Newcastle University, talks to David Whetstone about the challenge of sustaining its considerable reputation in this field 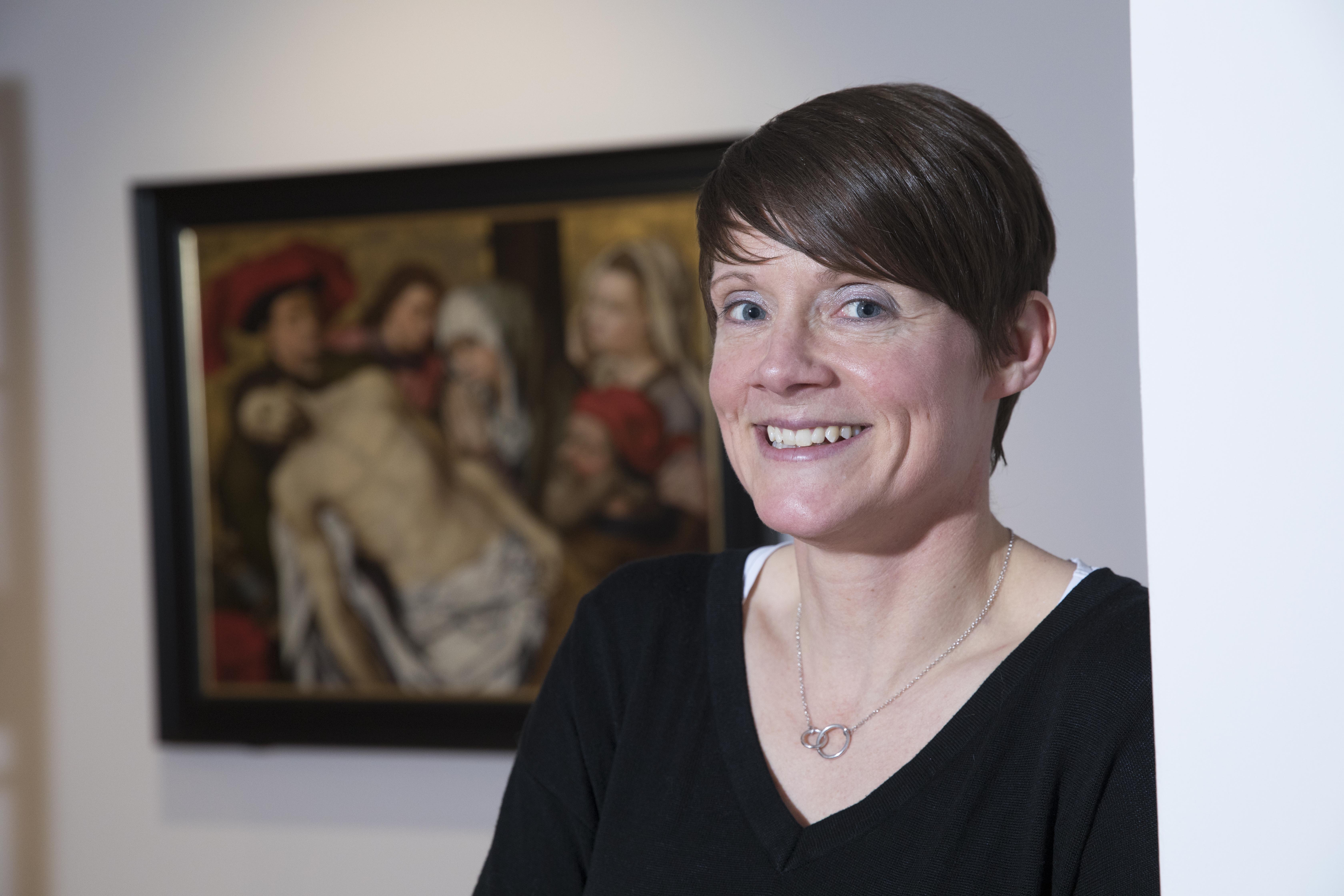 Professor Vee Pollock whisks me past the skeleton which stands guard (rather apologetically) outside the fine art meeting room at the University of Newcastle.

As I’m to discover from the university’s Dean of Culture and Creative Arts, it’s a poor symbol of what goes on here. (Perhaps it knows.)

Vee’s a cyclist and occasional triathlete. That’s more fitting. Even with most students away for the summer there’s still a bit of a buzz, with visitors to the Hatton Gallery and degree show artworks being prepared for a London exhibition.

It’s not just here in Newcastle that the university makes its presence felt.

“We have a lot to do with students making structures out at Kielder with Kielder Art & Architecture, and we work with James Lowther at Berwick Visual Arts and Helen Pailing at VARC (Visual Arts in Rural Communities, based at Highgreen, near Otterburn),” says Vee.

“We’ve also got Narbi Price (award-winning artist) as our PhD student collaborating with Woodhorn – so we work throughout the region as well as in Newcastle.”

In and around the city, though, the university is tied into “some strong partnerships” with the cultural sector.

“We have the Hatton (the gallery, with its own rich history, reopened in 2017 after a £3.8m refurbishment) and Great North Museum: Hancock which are run for us by TWAM (Tyne & Wear Archives & Museums).

The arrangement with TWAM is beneficial to university and visiting public, says Vee. It means displays at the Great North Museum: Hancock are underpinned by cutting edge research.

“You can see that we want to support and grow the cultural sector in the North East,” she adds. 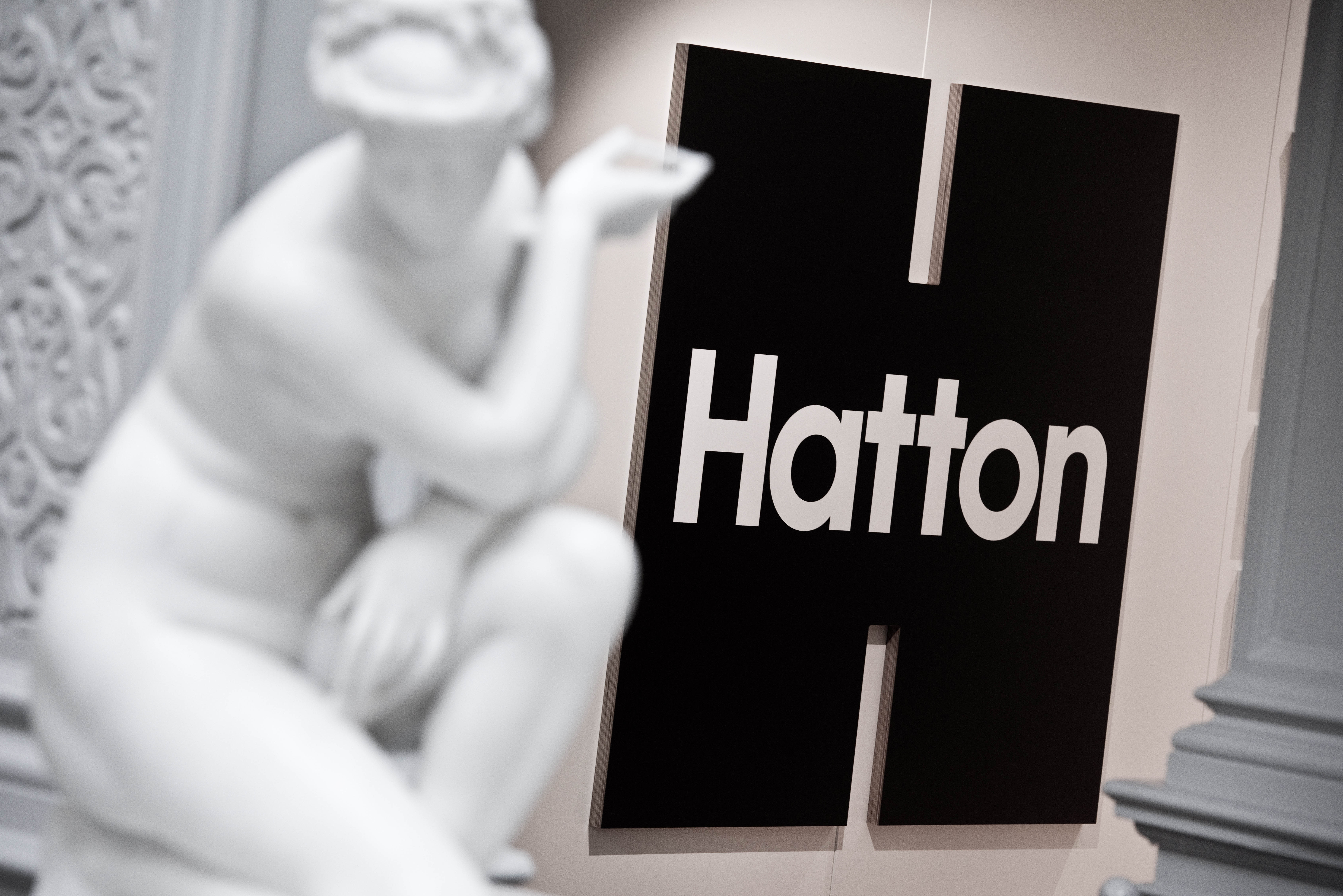 There is also a close connection with nearby Northern Stage, one of the country’s leading regional producing theatres. It used to be called the University Theatre before it became a charitable trust.

In the autumn it hosted the launch of City of Dreams, a 10-year mission backed by the university and cultural venues to make Newcastle and Gateshead better places for young people to live and fulfil their potential.

Vee’s passionately supportive speech at the event can be seen on YouTube.

Her own formative years were spent in a village in “quite a rural part of Scotland”. She was lucky, she reckons, to have parents who were interested in arts, culture, heritage and willing to be “de facto taxi drivers”.

“Always, from an early age, they used to take us to see and do things.

“I started having piano lessons when I was four or five and me and my brother would be taken to a Saturday club at the local theatre. If there was something we were interested in, they always encouraged us.”

In particular, she remembers a theatre production in Glasgow of The Prime of Miss Jean Brodie, with all the art historical references of its charismatic protagonist.

Although a bit of an all-rounder across arts and humanities, Vee went to St Andrews to read English and Art History – and followed up with a PhD which brought her into close contact with working artists.

“I landed here with my first full-time academic job in 2006 and never left,” she says.

Her previous knowledge of the North East had been pretty much limited to the North Shields ferry terminal. Her mother being Norwegian, this was for trips to see family.

“I do remember going to the Gateshead Garden Festival as a child but I never really thought much about Newcastle. I was working in Glasgow when a job came up. Full-time lectureships in art history are quite rare.”

She came and immediately felt at home. “I like port towns and that post-industrial heritage.

“The people here I found to be like Glaswegians, very friendly and humorous. It’d take something very special to take me away.”

As for the university, “it appealed because it had this strong commitment to practice despite being a Russell Group university. At the heart of a very academic institution are all these writers, poets, musicians, curators, architects and practicing artists.”

Vee says under the current leadership team, headed by Vice-Chancellor President Prof Chris Day and Deputy Vice-Chancellor Julie Sanders, “the flag has been raised” over the university’s strength in this field.

“It’s not that we’ve just become good at it. We’ve always been about this creative practice but perhaps it hasn’t been acknowledged as extensively as it should have been.

“Now we’ve really consolidated that reputation in culture and creative arts by highlighting it as one of our core research strengths. We’ve produced a raft of amazing musicians, artists, writers and scholars across the full range of humanities and really do punch above our weight in these areas. It needed to be acknowledged.

“My job now is to look at how we can sustain this at a time which is quite difficult for universities.” 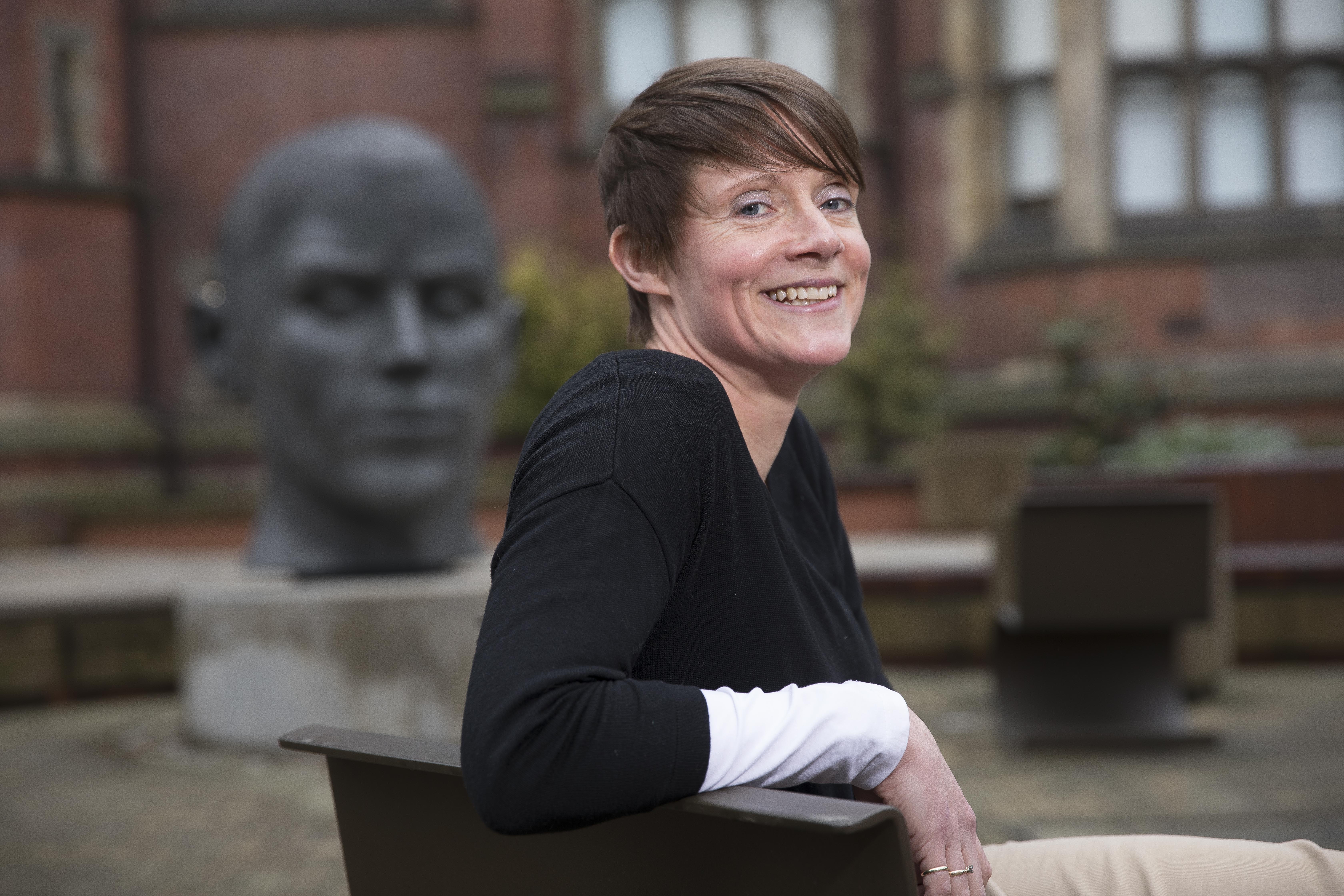 Vee cites the proposed reduction in tuition fees to £7,500 (in the Augar Review into post-18 education and funding, commissioned by Theresa May) and uncertainty around Brexit as potentially having “a huge impact” on universities and the work they’re able to do.

Then there’s the squeeze on arts subjects in schools. The English Baccalaureate (EBacc) stipulates five GCSE subjects – English, maths, a science, geography or history and a language – and measures a school’s performance by how well pupils do in them.

Vee sees the drawbacks. She alerts me to Time to Listen, a study by the Royal Shakespeare Company, Tate and the University of Nottingham which looked at the benefits of an arts and cultural education by soliciting responses from thousands of secondary school pupils and teachers.

One of the recommendations of the report, funded by Arts Council England (ACE), was that Russell Group universities should recognise that arts subjects can provide young people with an essential foundation for further study.

The universities have since taken that recommendation on board.

“If children and young people coming into education are not exposed to the opportunities that music, fine art, drama and design offer, then they’re not going to think of them as a viable career path,” says Vee.

“You can still teach creative subjects but the EBacc creates a perception of hierarchy and a sense of value. If your state school is running on a limited budget then the head is understandably more likely to invest in the core subjects.

“Already we’re seeing a downturn in the number of teachers in those subjects, particularly in secondary schools and at GCSE.

Arguably the latter part of that pipeline has been well served by Newcastle University.

Vee talks proudly of The Newbridge Project which was set up in 2010 by two fine art graduates to provide cheap studio space and mentoring for young artists in an empty city office block.

The ambitious ‘start-up’ enterprise is now one of the regularly funded organisations in ACE’s National Portfolio and its graduate development programme, The Collective Studio, is run jointly with the university.

“It’s about trying to attract and retain the best talent and helping it grow,” says Vee.

“One thing we’ll be thinking about in the coming months is how we can work with some of our partners, like City of Dreams and Northern Stage, to look at what role the University might play in engaging with schools.

“We do a lot already in some areas but we’re proactively looking at how we can make a meaningful contribution.”

Vee is also in close contact with others of like mind as the Newcastle representative on the North East Culture Partnership’s universities sub-group.

The proximity and close relationship of the region’s five universities is a positive thing, she says… “the fact that we can work together and look at each other’s strengths and how we complement each other”.

With funding from the Arts & Humanities Research Council, the five set up Creative Fuse North East with a mission to unlock the potential of the region’s creative, digital and tech sectors.

The sub-group, she says, is the place to think about some of the big challenges, such as education and creativity.

Allowing that there is, of course, an element of competition among higher education establishments, she declares: “It would defy common sense not to work together.”

If a chat with Vee Pollock hadn’t been proof enough, here was yet more evidence that the arts can be a route to success and fulfilment.