It’s my pleasure to chair the North East Culture Partnership Universities Sub-Group, which brings together our five Universities. We work together to address challenges – from the economy through health to education – and identify opportunities that will make a difference to those living, learning, working in and visiting the region.

Culture is a vibrant part of the North East. The five institutions’ involvement in the art and culture of our region reaches from Berwick to Middlesbrough, and from the Pennines to the North Sea Coast. They manage venues such as the Great North Museum, Woon Gallery, Durham Light Infantry Collections Gallery, MIMA and the National Glass Centre; curate significant collections; and partner a wide range of organisations and artists in breaking down the perceived barriers to universities.

In these articles, you will see a shared passion for and expertise in culture and its potential to change lives. The Durham Commission has demonstrated the benefits of creativity in science and the arts; Sunderland University’s involvement in Sunderland Culture has highlighted the regenerative imperative of culture; Newcastle University’s work on City of Dreams shows the power of realising young people’s potential; placing engagement with the communities of Middlesbrough lies at the heart of work undertaken by Teesside University and MIMA; and Northumbria University (along with Newcastle, Sunderland and Teesside) has shown how universities can add to their communities through their work on the Civic Universities Commission.

Each institution has a distinct ‘cultural’ personality and range of specialisms, which means there is no competition but a genuine collegiate approach to working together for the benefit of the region. Coming together, we initiated and led the NE Creative Fuse – bringing academics alongside colleagues from industry, cultural organisations and the public sector to explore how creative, digital and IT firms can have a sustainable future and support the regional economy. It confirmed the benefits of working together and there is an appetite to do more.

As we work through a challenging economic period in the cultural sector it is clear that our universities have a huge amount to offer and the spirit of collaboration demonstrated in these articles both inter-institution but also with the wider sector can only be positive. I look forward to seeing what else can be achieved. 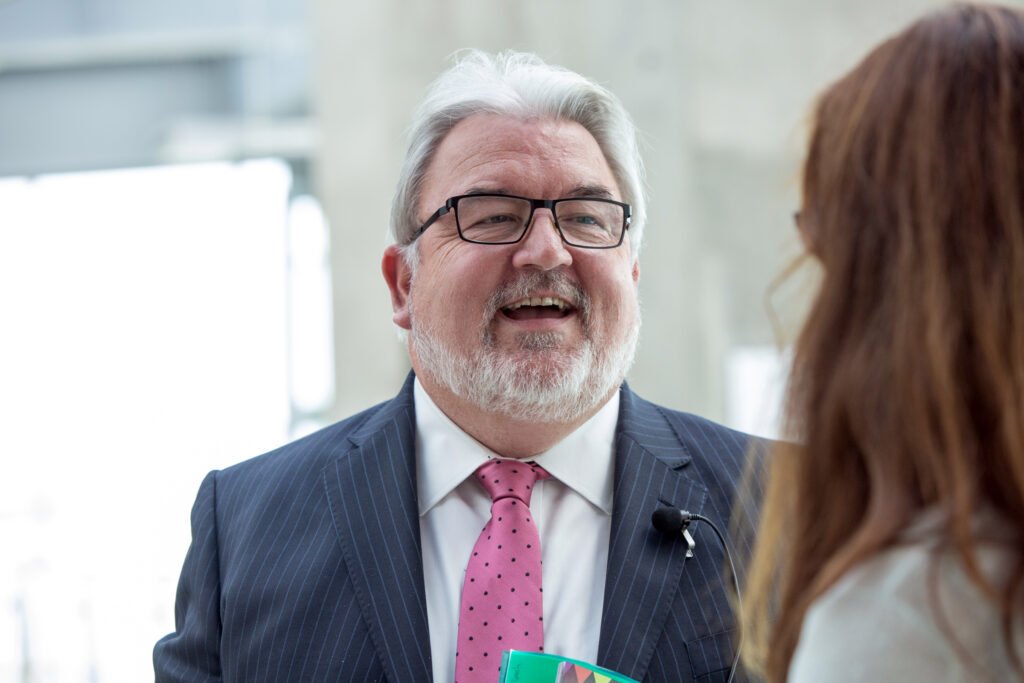 Graeme Thompson, Pro Vice-Chancellor for Connections and Place, University of Sunderland, talks to David Whetstone about changing the Sunderland narrative

Shortlisted Sunderland came within a whisker of being declared UK City of Culture for 2021, following Hull (2017) and Derry/Londonderry (2013).

Inevitably there was disappointment when Coventry won and Graeme Thompson felt it as keenly as anybody in the North East.

But in a cafe at the University of Sunderland, where he is Pro Vice-Chancellor for Connections and Place, he agrees that Sunderland doesn’t feel like a loser.

The city, as many will have grasped, is playing a long game.

And many of the projects promised in the 2021 bid, such as the new multi-use Auditorium, will be delivered anyway as part of a £60m cultural development plan. “I wouldn’t say I’m glad we didn’t win the title,” he says. “But in a way, it’s made us more determined than ever.”

Sunderland is no stranger to hard knocks. Ask anyone who once worked in a shipyard or a coal mine or grew up on a struggling estate.

But the idea of Sunderland as a city of culture doesn’t seem daft these days and Graeme believes that’s important.

He grew up in Boldon and South Shields, where he attended a Saturday cinema club and joined the Westovians theatre society. But Sunderland was “the city of choice” for shopping, cinema, the beach.

After school, he opted to study journalism in Darlington rather than English and drama at Birmingham University. “My father had died very suddenly. I remember thinking you were guaranteed a job after the journalism course so I’d be earning money quicker.”

Graeme worked on Midlands newspapers before moving to the BBC where he worked as a producer in York and at Radio 4 in London. He then switched to Yorkshire Television and went on to become head of news and then managing director at Tyne Tees.

During a depressing time when ITV resources were being increasingly focused on London, a coffee with Peter Fidler proved fateful.

“Have you ever thought about universities?” inquired the Vice-Chancellor at Sunderland.

A subsequent call from headhunters saw him installed not long afterwards as Dean of Arts, Design & Media a decade ago.

They wanted him, he says, “because they could see the writing on the wall in terms of universities – that they’d be pushed increasingly towards employability measures and industry links.

“Also, they’d spent quite a lot of money on the David Puttnam Media Centre.”

A reminder, this, that universities are businesses operating in a competitive market – and more are to come as Graeme explains why his university is such a committed driver of the city’s cultural aspirations.

It took over the once struggling National Glass Centre, which is also now home to the Northern Gallery for Contemporary Art. 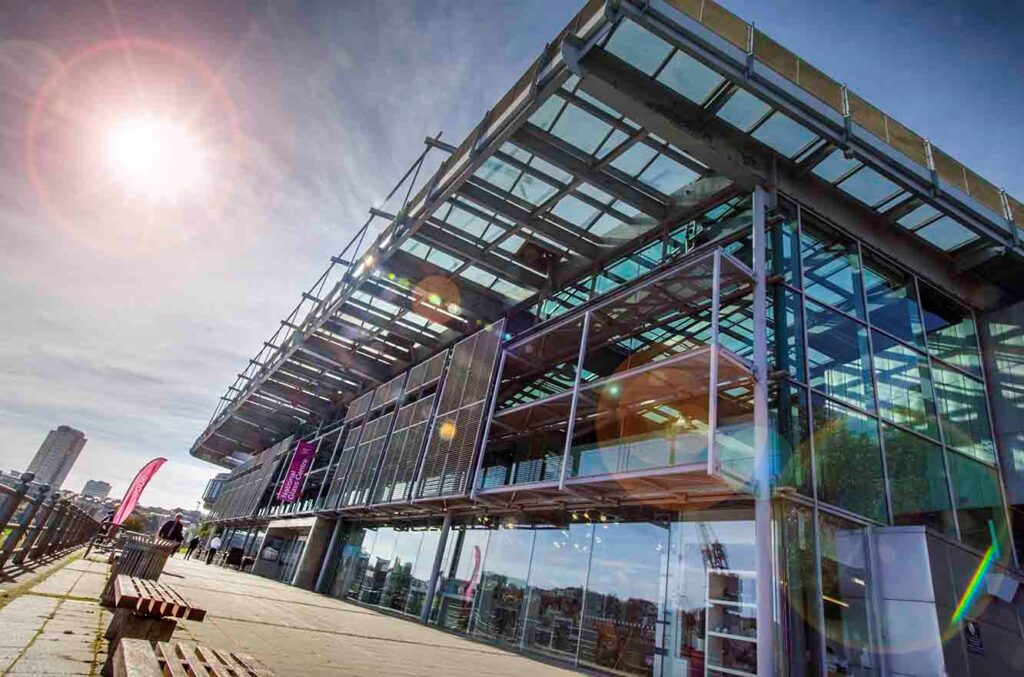 Graeme, fulfilling his employers’ brief to make connections, is chair of Sunderland Culture, the company set up by the university, the city council and the Music, Arts and Culture (MAC) Trust to run the city’s cultural venues, and also of The Cultural Spring, the initiative funded by Arts Council England (ACE) to boost engagement with the arts across Sunderland and South Tyneside.

“If the city feels more attractive as a destination for staff and students, it makes the job of the university much easier in terms of recruitment,” explains Graeme.

“We want to make Sunderland a nicer place to live, work and study and we saw culture-led regeneration as a way of leveraging in investment. Also, crucially, we saw how it could help to change the narrative for Sunderland.

“It has tended to be seen as a place that used to build ships and used to make glass and used to have coal mines. Sunderland has been a successful city for centuries but that’s got kind of lost in the post-industrial decline of the 1980s.”

Efforts are being made to paint a different picture of the city.

“The redevelopment of the National Glass Centre, for instance: we spent £2.5m making it into a much more visitor-friendly attraction.

“We also had huge success with the first three years of The Cultural Spring during which time the MAC Trust under Paul Callaghan (businessman and champion of culture and Sunderland) was talking about developing a cultural quarter around Keel Square.

“We felt we had momentum. We embarked on this amazing consultative programme to try to nail down what the people of Sunderland wanted.

“One thing The Cultural Spring taught us was that you can’t go top-down. You must engage with communities to get the ‘buy-in’ and that gives you a legacy.”

Graeme tells a story of when feelings were running high at the city council over perceived levels of investment by ACE, with Newcastle and Gateshead seemingly basking in largesse while Sunderland fed off scraps.

The then director and chairman of the North East ACE office met them armed with paperwork which showed Sunderland had submitted barely any funding applications.

That seems ages ago. Sunderland has become adept at bidding.

In February, when ACE published its Cultural Cities Enquiry, looking at how arts and culture might thrive in our cities in the future, Sunderland was praised.

Sir Nicholas Serota, ACE chairman, described as “transformational” the partnership between the university, the city council and the MAC Trust which is leading on the culture quarter developments such as The Fire Station studio complex and Auditorium.

The partners had managed to bring in £25m to invest in the city’s arts and culture infrastructure, he said.

Graeme says ACE chief executive Darren Henley, recent recipient of an honorary degree, is another fan of what has happened.

“For him, the university and the city have achieved what others have been unable to achieve, that partnership approach which says we’re stronger together.”

For demonstrating a strong sense of shared purpose, Sunderland is set to become one of the UK’s first City Culture Compacts which celebrate a partnership approach to culture-led regeneration.

The city council, retaining arts spending, channelled it into Sunderland Culture. The Sunderland Empire, part of the Ambassador Theatre Group, is also “incredibly plugged in to what has been happening” through its outreach activities.

Graeme says many have benefited from the cultural initiatives. “Just look at all the people who have taken part in our participatory arts programmes.” As you would expect, students are among the beneficiaries.

“Investment in the cultural infrastructure in Sunderland means they can get placements and work experience at culture company venues and work with world-class artists.

“We worked out recently that of all the commissions and contracts and jobs advertised by The Cultural Spring and the culture company, more than 25 have gone to our graduates.”

All universities want to attract the brightest students, just as the most far-sighted cities want to retain them. 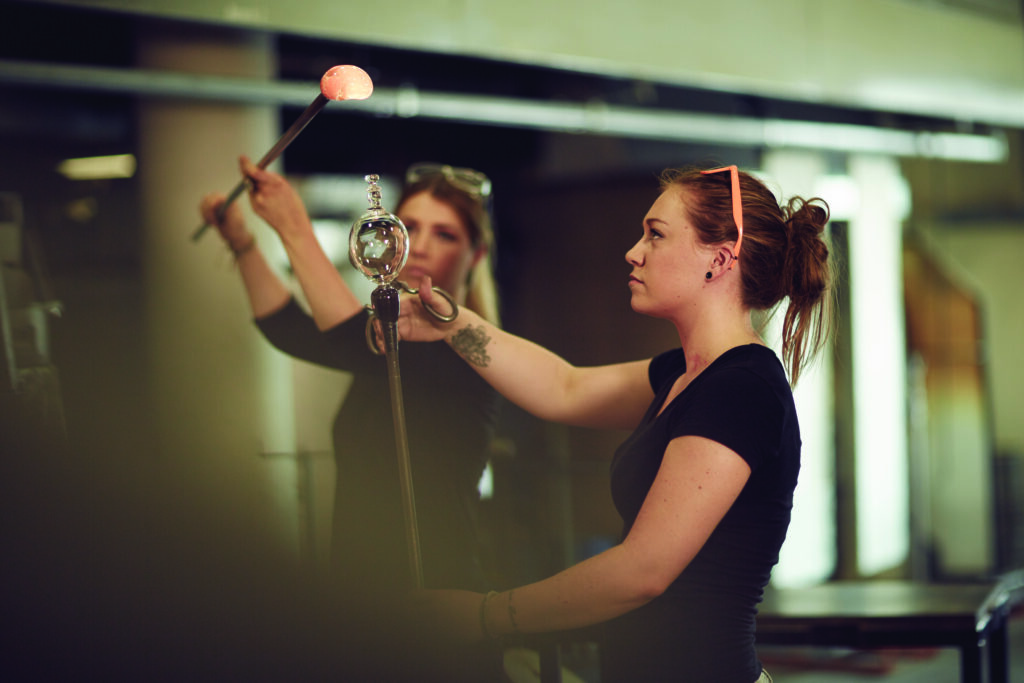 “In terms of cultural development and cultural engagement, the five North East universities are not in competition,” says Graeme.

“It’s to the advantage of all of us that we recognise what will keep our best graduates in the North East. With that in mind, we share opportunities with each other and, yes, frustrations.”

Creative Fuse, with funding from Europe, the Arts and Humanities Research Council and ACE, saw university academics collaborating with figures from industry, charities and the public sector to explore how the region’s creative, digital and tech sectors might drive innovation and grow the economy.

Graeme, remembering how journalists flocked to find the most run-down parts of the city in the wake of the 2016 EU referendum, believes Sunderland has suffered for being the first city to declare for leave.

“Those pictures, contrasted with attractive shots of places that voted to remain, made it look as though Sunderland was a down-at-heel, angry, insular place. It was lazy journalism really.

“I was talking recently to a famous London architect who funds scholarships for art students at Sunderland and he was blown away by the place – the National Glass Centre, the Dun Cow pub which has been beautifully restored, the friendly people. Even the weather!

“I don’t know what he was expecting but he liked what he found.”

Graeme takes me to the National Glass Centre to see the latest glass and ceramic degree show and the exhibition marking the venue’s 21st anniversary which features work by successful alumni.

Both are brilliant, full of ingenuity, beauty and wit – symbols, it would be nice to think, of a bright future for Sunderland from which the North East will benefit.